Francisco J. Martinez and some members of the GRC Group attended to the “Jornadas de Paralelismo 2015”, which took place in Cordoba. As every year we enjoyed quite a lot with our young but promising research students, and meeting with colleagues from others Spanish University. We presented our last research finding under the Smart@CarPhone project related to the area of Intelligent Transport System.

PhD. D. Julio A. Sangüesa defended his Thesis with honors at the University of Zaragoza, Spain.

Manuel Fogué, Piedad Garrido, and Francisco J. Martínez attended to the ITSC 2013 Conference, which was held in the amazing and historical Steigenbergen Kurhaus Hotel located in the Hague, the Netherlands. The IEEE Conference on Intelligent Transportation Systems is the annual flagship conference of the IEEE Intelligent Transportation Systems Society. In particular, the INIT Members attended to the Conference since Manuel was awarded the Second place of the prestigious IEEE ITSS Best Ph.D. Dissertation Awards. His advisors (Piedad and Francisco) and all the INIT members are really proud of this amazing prize. Congrats Manolo! 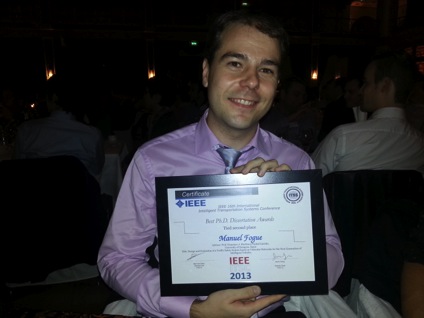 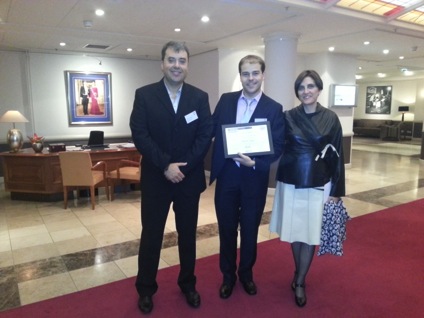